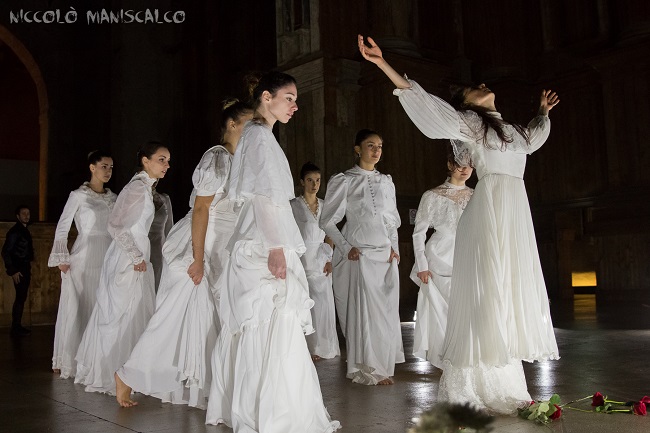 With the contribution of the Ministry of Culture, Emilia Romagna Region - Department of Culture and Landscape, Cariparma Foundation

The Artemis Danza Company proposes an artistic research that finds in the spirituality, immaterial and timeless, the unifying element between architecture, dance and music. Different places will then be chosen, such as churches or cloisters, which will become the scene of performative actions linked together by the common thread of the rediscovery of the sacred, understood as absolute and universal spirituality that expresses itself beyond time and space.
From a choreographic point of view, the performances can be imagined as tableaux vivants centered on different moods such as pain, horror, anger, the hope of redemption, death. Body, physicality and gestures of the dancers will embody the intrinsically spiritual and symbolic character of the entire creation, returning it to the public in a sort of intimate but shared prayer. Even the places chosen will not be perceived as mere settings, but as a key element of creation.